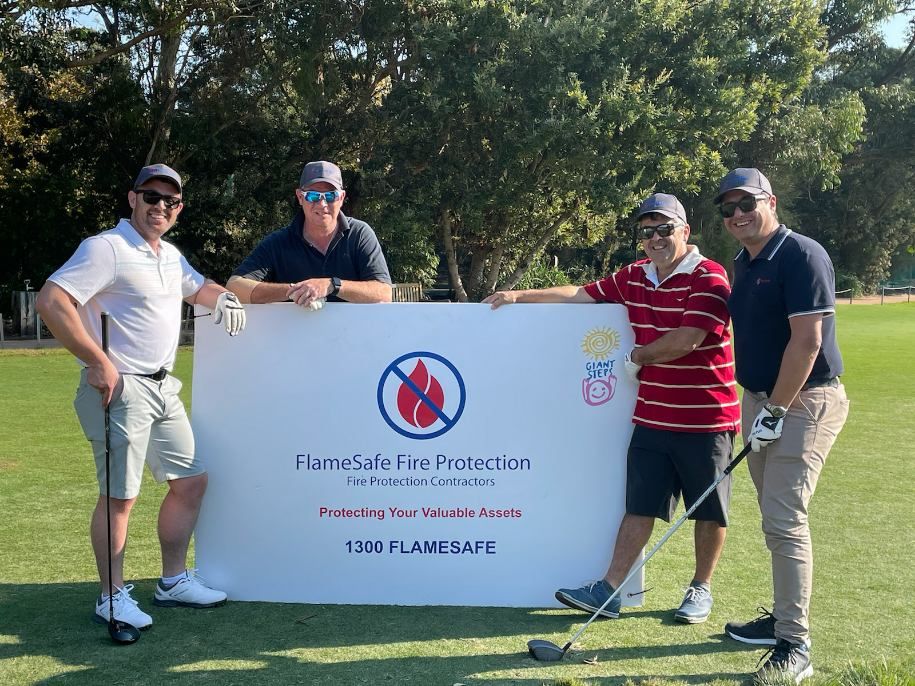 Thanks to Buildline Constructions we had the pleasure to not only attend but sponsor a hole at this years Giant Steps Australia Annual Golf Day. Representing FlameSafe Fire Protection this year was Sebastian Ferla, Steve Trevor, Killian Jordan and Jeff Hawkins.

Giant Steps Sydney was established at the old Gladesville Hospital site, about seven kilometres from the Sydney city centre, in July 1995 by a group of dedicated parents who wanted to bring world’s best practice in the treatment and education of children with autism to Australia. The school began with a program that was developed in Montreal Canada and an intake of 12 students.